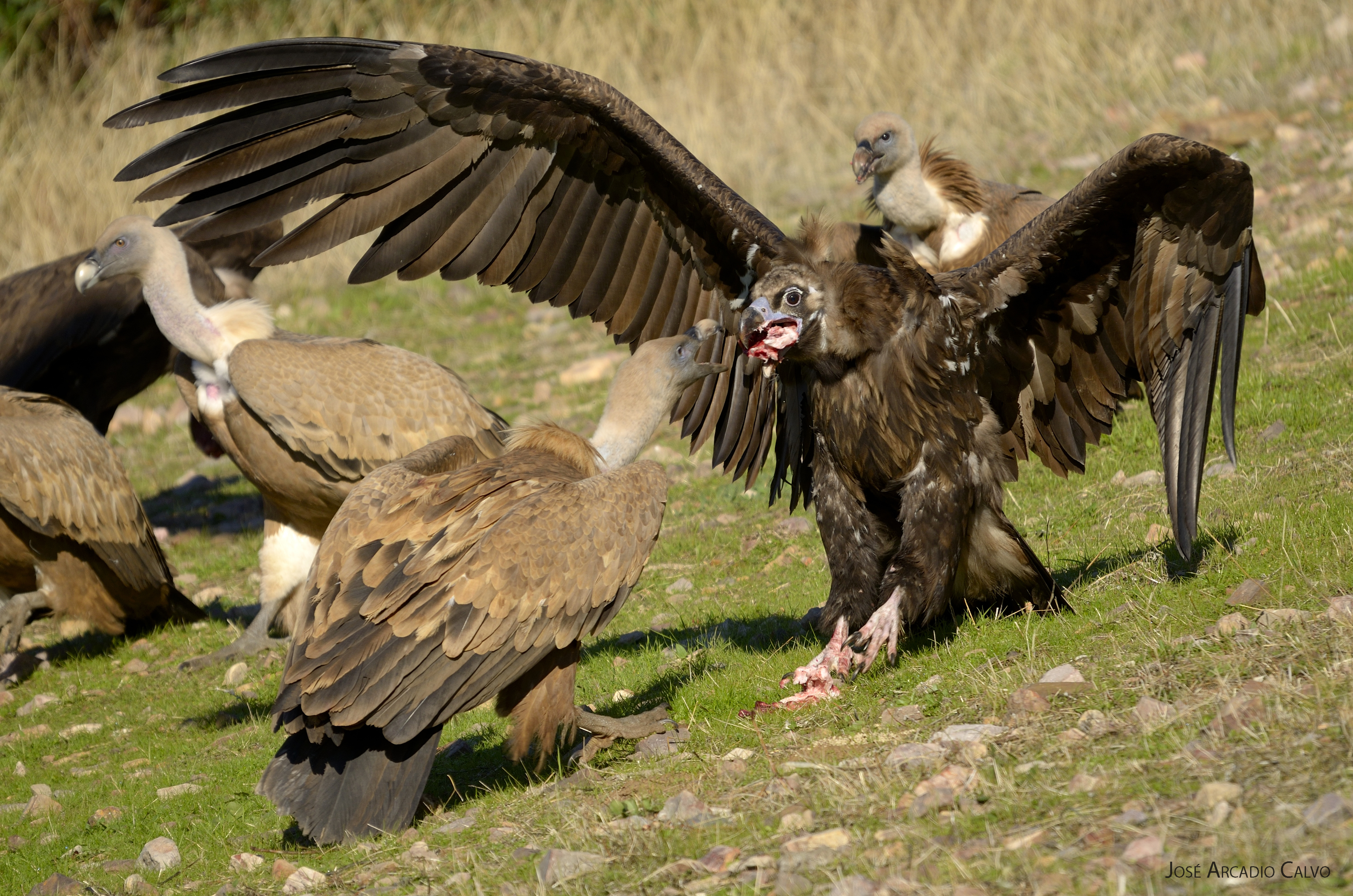 Scavengers have historically played an important role in nature, eliminating dead carcasses of domestic and wild animals, helping to reduce the risk of disease transmission to livestock species, wildlife and humans, and therefore the contributing to animal and public health. Therefore they have been traditionally regarded worldwide, as livestock allies.

With the agricultural mechanization of the countryside in the second half of the twentieth century and the disappearance of horses in farming, the availability of carcasses for carrion eating birds was significantly reduced. At the same time, extensive livestock farming has too decreased in recent decades, in some areas. This, coupled with the illegal use of poisons, led to a significant decline in the populations of Iberian and European vultures and other scavengers.

The measures taken to protect these birds, implemented in the 80s, favoured recovery; but again, the emergence of mad cow disease, cause a huge and widespread decline in available food, which seriously affected these species, the black vulture particularly, whose survival depends in greater measure to the availability of small carrion scattered in the territory.

Health and food crisis generated after the occurrence of TSE (Transmissible Spongiform Diseases), cause a change in European legislation regarding the management of animals by-products not intended for human consumption (SANDACH), which would significantly affect both management and economics of livestock farms, as well as feeding of carrion birds

Health regulations designed to control these diseases at the time led to: