Ranching has been the traditional and most widespread livestock modality in Castile and Leon and the rest of Spain until the mid-twentieth century.

Livestock farming was born in the Neolithic about 10,000 years ago. In some places, groups of humans began to domesticate animals, and crop plants in order to reduce their dependency on hunting and have a steady food supply to survive. Thus was born agriculture and livestock farming, and the first communities able to leave, partially at leasty, the hunter-gatherers system. 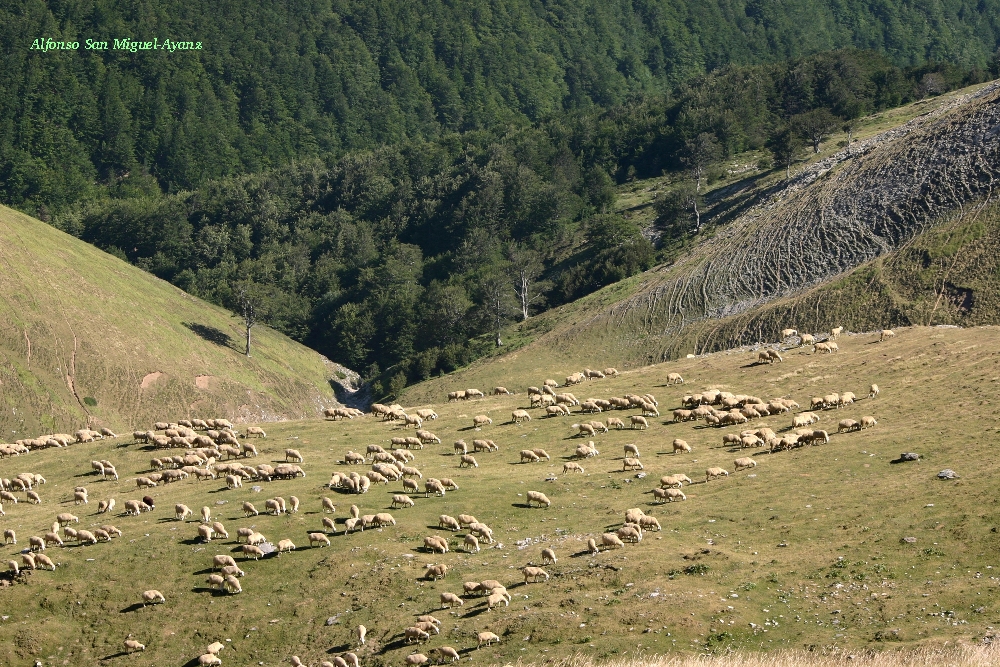 Agricultural and livestock farming societies obtained the food for their cattle from the immediate environment, using natural pastures as well as agriculture. These farmers had to move their herds from one area of ​​pasture to another, emulating the movements of wild herbivores. Thus, livestock has managed to survive for thousands of years, using natural resources, without activity being undermined in the regenerative capacity of the environment in which it operates. This type of use is what we now call extensive livestock farming.

Livestock farming and the environment

Livestock farming has been a way of life for societies around the world fully integrated in the ecosystems in which it has developed. The traditional livestock farming activity has shaped the landscape and vegetation for thousands of years in vast territories; although the moderate pressure caused on these territories has allowed wildlife to adapt to this model and live side by side with this activity. This ancient co-existence between livestock and wildlife has generated a multitude of ecosystem interrelations between wild animals and plants and livestock activity along history itself. One of the most obvious interrelationships is the symbiotic relationship between livestock and scavengers in which both species benefit. Scavengers get food from dead livestock, helping at the same time to clean the countryside, preventing the spread of diseases among cattle and even on human population.

Faced with this type of traditional livestock farming, from the XX century, other type of livestock farming is developed, a boom takes place as it is no longer required to take the cattle to where the food is, but the herds are stocked and purpose built fodder and feeding enclosures are created. This type of farming, called intensive farming, generates a huge increase in farming profitability, and makes farmers’ work easier. However, the ancestral relationships between livestock farming and wildlife are disrupted.